Mo Lotman is a freelance writer and publisher/editor-in-chief of The Technoskeptic, a magazine advocating a more holistic and conscientious relationship with technology. It includes original reporting, reviews, commentary, and a podcast. He also speaks publicly on the topic of technology and society.

Mo is also the author of Harvard Square: An Illustrated History Since 1950, published by Stewart, Tabori & Chang, an imprint of Abrams. The book is a street-by-street, pop-culture time capsule of the famous neighborhood in Cambridge, Massachusetts, where world leaders, intellectuals, punks, and panhandlers have rubbed elbows over generations. It features over 500 vintage and contemporary photographs and short chapter introductions by famous denizens including John Updike, who called the book “a priceless assemblage.” It was a top-ten local hardcover nonfiction bestseller after release and the #1 Massachusetts travel book on Amazon for several months. Subsequently, he wrote and voiced a related radio piece for NPR’s All Things Considered.

Other experience includes years of promotional writing for various cultural organizations, including the monthly slide-show-talk event Nerd Nite, which he hosted for two years. He also wrote a middle-grade novel, Clotilda Verger and the Secret of Samuel Soule (not yet published), and edited a pair of business books Who’s With Us? and Now: Do+Make by personal and career coach Angela Lussier. 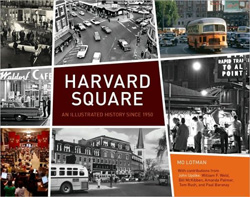 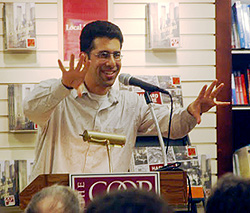