Mo Lotman is a creative talent who specializes in communications in a multitude of forms. He is an author (Harvard Square, an Illustrated History Since 1950), a voice actor with two decades of credits, and the publisher of The Technoskeptic, a magazine taking a critical look at the impact of technology on society.

He’s also played music since he was six years old; performed as a singer, songwriter, keyboardist, actor, and improv comedian; and spent over a decade as a freelance graphic designer. That’s to say nothing of stints as a trolley-driving Boston tour guide or a media transcriber in Paris.

Behind this eclectic mix of pursuits is a firm belief in living and promoting the created life as a whole: doing things that sustain our interest, give us a sense of fulfillment, and allow us to have maximum agency in our lives and our communities. Mo’s unique perspective on the world and willingness to question convention have been the threads running through all of his endeavors. Underneath those questions is ultimately one modest aspiration: how do we make everything better? 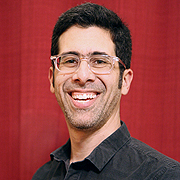